He was coming to pick her up! Her heart quickened and her breathing escalated. “It’s not what you think”, she said to the wide eyed bantu and stomach knotted dork that staired back at her in the mirror. She put powder on her face and a bit of mascara. She kept her tshirt on and pulled on a pair of jeans. “He won’t even notice”, she reasurred her reflection.

She climbed into the passenger side, pleasantries and directions were passed over the hip hop on the radio. “It’s gonna be a drive to get cash then a drive to fetch the vegtables. He’ll drop you off and that will be it”, she said over and over in her head. There was no more talking. He looked ahead and she looked out the window. 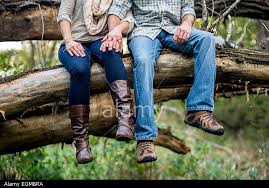 Eventually, he drove her home and the entire time she braced herself for the final goodbye, never to see him again. He pulled over at her gate, switched off the car and opened the car door – no goodbye yet….

He came in and it was like it used to be. They giggled reluctantly, teased and got caught up. They shared music, then listened to it -not much was said after that. He stretched out on the narrow couch and soon so did she. Before they knew it they were intertwined -no other way to fit onto that narrow chocolate couch. She played with his big toe and he tickled the bottom of her feet -it wasn’t funny, it was familiar…

English Teacher by day, Lifestyle Blogger by night. Join me every Wednesday and Sunday for my activities and interests in this thing called life! View all posts by Noloyiso

Previously on The Chronicles